What Happened Shooters? You Used To Be Cool. Part 1. 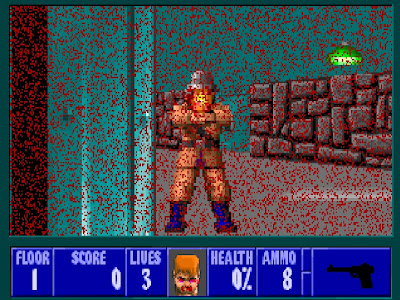 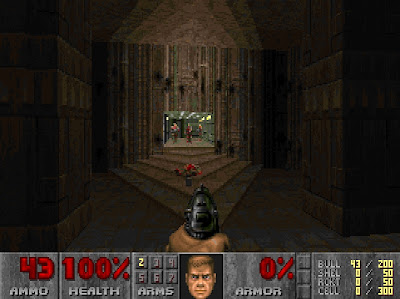 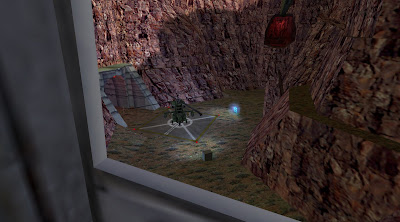 You know what all these games have in common?
They didn't fucking suck.
Now don't get me wrong – there have been some really good shooters in the past five years. For example, Half-Life 2. What? That came out in 2005? Fuck. I really am old. Okay, okay. BioShock was pretty good though, right? Absolutely. What about Call of Duty 4? What about Battlefield: Bad Company 2? Well...
Yes and no.
Those four games above – they only sort of relate. And if you really wanted to talk about the evolution of shooters you'd be missing a step in there with games like Quake 2, that weren't quite Doom but weren't quite Half-Life. But this post isn't meant to be an in-depth look at the evolution of the genre – we can talk about that some other time.
Anyway, the first two of those games – Wolfenstein 3D and Doom II – they're old-style corridor shooters. Today, these games are extremely dated, both graphically, and in terms of gameplay. You explore the levels, you shoot bad guys, you find keys to open doors, and occasionally you fight a boss or grab a new weapon. But you know what? At the time, this was new and exciting. It's unfair to judge these games anachronistically. The 3D graphics were impressive, and indeed, considered immersive. The simplistic shooting mechanics were still enough to elevate the entire medium of video games towards more manly, violence-laden action games. The fast-paced movement and shooting really got the adrenaline pumping.
What about Half-Life. Half-Life introduced a story, told without the lengthy dialogue and cutscenes of RPGs. It kept the player in the heat of action through almost the entire game after the opening act, and yet, maintained a stronger sense of pacing and structure than its predecessors. It incorporated new kinds of puzzles including platforming and problem solving, and more strategic enemy encounters.
Deus Ex added even more emphasis on story-line and problem solving, as well as RPG elements, and a real sense of freedom in a relatively open world. You were free to explore, and to play the game in your own way, finding innovative solutions to problems in the game even beyond what the original developers conceived. The open world and the wide variety of tools available to you led to limitless possibilities for navigating situations and encouraged real thinking and development as a player. Deus Ex and games like it actually helped me, in the real world, to develop analytical and problem solving skills that continue to serve me well to this day.
Now look at what Call of Duty games do, and games like it. Look at the biggest shooters of /our/ day. And remember that Deus Ex was never a niche game. Deus Ex was the biggest thing in its time, everyone was playing it, everyone was talking about it, the critics were mad with game-lust over it. As CoD and Battlefield are hot shit now, Deus Ex was hot shit then.
And yet... the single-player components of CoD and Battlefield represent massive regression. They are even more simplistic, less thought-provoking, than Wolfenstein 3D was. At least in that game exploration, weapon choice, ammo conservation, health-management, etcetera, were all factors. In the big shooters of today, you run through the one correct straight-line path through the game, regenerating bullet wounds in seconds, never worrying about weapon choice (because all the weapons work against all the enemies, with the exception of the rare tank) or ammo (because guns are all over the damn place). And you don't actually think.
What the fuck, gamers?
And no, I'm not going to write this off to “the ADD generation” or to brainless “conslol 'tards” or anything like that. That's just stupid. I may have been a kid, but I was aware of what was going on in 2000 when Deus Ex came out, and I assure you, people were just as impatient, just as much in search of a quick thrill as they are today.
But we as gamers used to get off on games that asked us to exercise our brains, to over come challenges, and to engage with dramatic storylines. Now we're like crack addicts, looking for the adrenaline rush that comes from the CoD-style shooter constantly making us feel overwhelmed by dozens of enemies, but not actually making us think to get out of that situation. We act in fight-or-flight mode, pure instinct and reaction to stimuli without questioning. This was always something that was needed in games for clutch-play, but it didn't used to be the only thing. Largely, the satisfaction came from overcoming challenges on an intellectual level.
Don't be an adrenaline junkie, eating up whatever 5-hour brainless rush the big-name industry wants to shove down your throat. Demand more. Be a discerning consumer.
And look, I know that these games are focused on multi-player. The same shit actually tends to apply to a certain level, but there's more to it than that as well – I'll talk about the multiplayer side of things next week.
Posted by Troubletcat at 1:51 PM